Here are some notes on my current audio routing setup for music on Windows 10. I am neither a professional nor a musician, so this may be useful to amateurs.

If your audio device does not ship with true ASIO drivers, ASIO4ALL can provide low latency throughput for consumer-grade audio hardware. Low latency is important if monitoring live playing, such as from a guitar or MIDI instrument. Latency is tied to buffer size - the larger the buffer, the higher the latency. The smaller the buffer, the greater the chance of audio clicks, pops and other glitches. 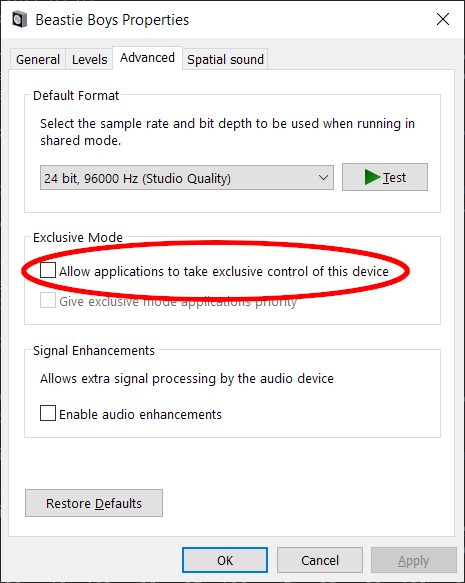 You will then want to configure ASIO4ALL to not use the on-board device, but the dedicated external one.

A dedicated USB audio interface is an inexpensive option to increase your flexibility. I use an old Behringer Xenyx 302 USB, which remains a popular choice.

The Jack Audio Connection Kit is an API and server for routing audio and MIDI between applications and devices. While it is commonly associated with Unix-like environments, a Windows version is available.

When installing Jack, be sure to enable the JackRouter ASIO driver. Windows applications tend not to be built with Jack support, so the ASIO bridge is invaluable.

Jack ships with a configuration frontend called QjackCtl. There are some changes I recommend before using the server. The first is in Setup -> Settings -> Parameters. Set the Interface to your ASIO interface. Depending on your requirements, you may also need to change the Realtime and buffer size (Frames/Period) settings. 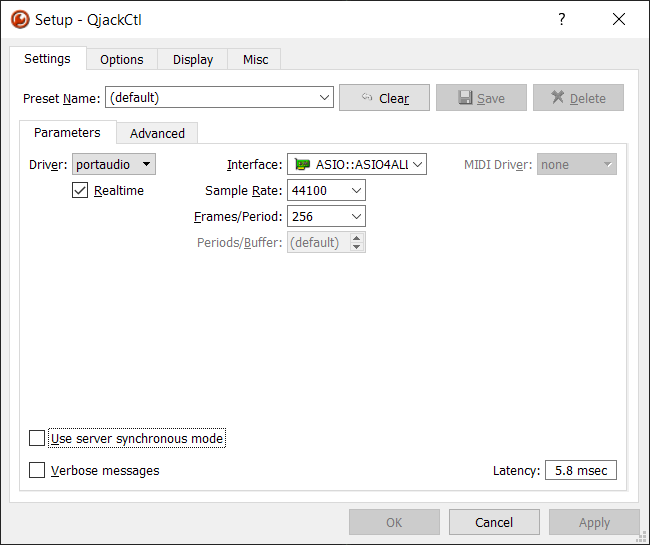 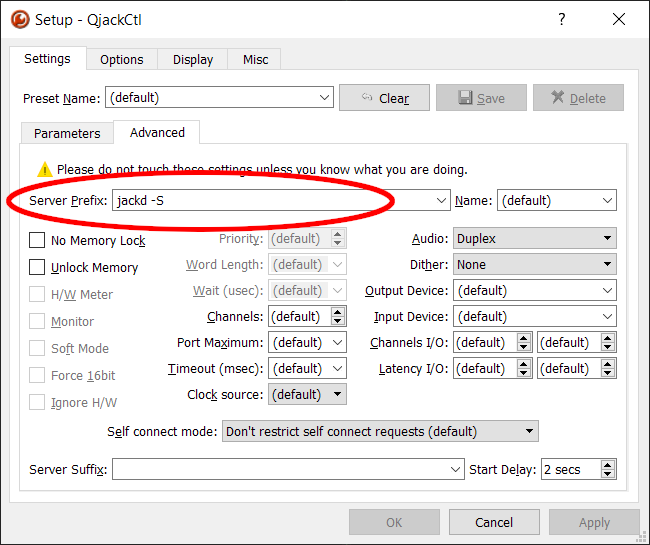 If running QjackCtl at startup, it also has some useful options to start in the systray, start the jack server on startup and so on. 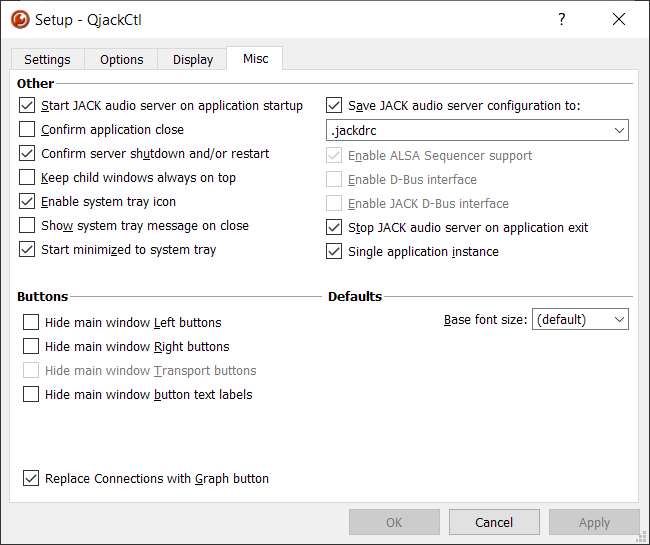 Finally, you may want to increase the number of IO ports available in the file C:\Program Files\JACK2\jack-router\win64\JackRouter.ini - in the IO section, update the input and output values. I found 8 to be a good starting point. 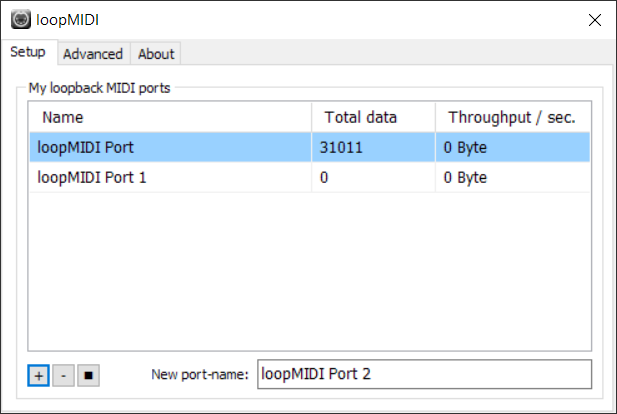 For this example, VCV Rack will be integrated with SunVox to demonstrate sharing of effects, voices, and sequences. Each of them needs to be configured to use the JackRouter ASIO driver.

The first step is creating a patch in VCV Rack. Clock, generative sequencer, a simple drum loop, and so on. The important components here are the VCV AUDIO-8 module, which routes audio in and out of Rack, the CV-MIDI module, which converts control voltages and triggers to MIDI, and the Mind Meld Mixer and Auxspander, which allow control over a channel's amplitude when sending to an Aux in/out. 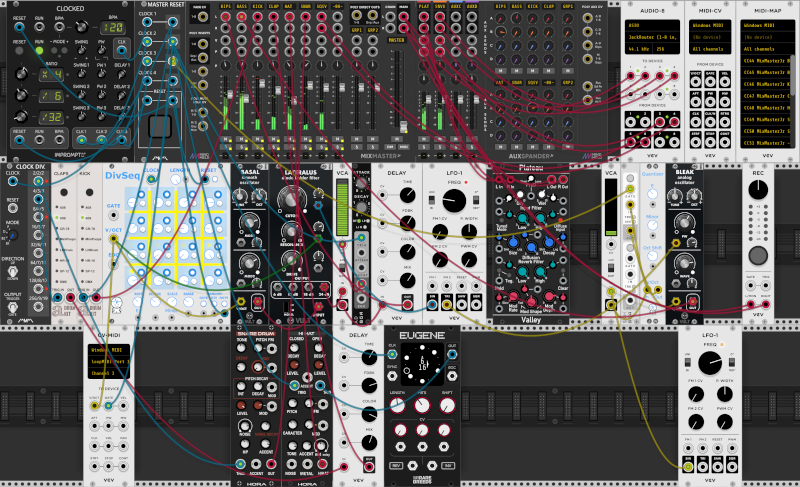 Next, we run two instances of SunVox. The first is an effect chain consisting of a pitch shifter and reverb.

The second is an analog generator simply connected directly to output. This instance should be configured to receive notes from the same loopMIDI device as VCV Rack's CV-MIDI module.

We now have a generative patch where we can modulate instruments and effects in both Rack and SunVox. For example, as the SunVox reverb is set to zero "dry", the pitch shifter can be modulated upwards for "whoosh" type effects without sounding distorted. Below is a sample where I modulate attack/decay in Rack, release in the SunVox generator, and pitch shifter in the SunVox effect chain.

While the setup described here focuses on Windows, routing audio with Jack should apply just as well to BSD, MacOS or Linux. MIDI routing options also tend to be more flexible on these platforms.

I have recently started dabbling with the Carla plugin host (Jack/ASIO) and Bespoke Synth (ASIO), either of which can be routed for new instruments or effects as described here. If you are struggling to achieve an effect in one DAW, but know how to do it in another, just connect them up! :)